PATHMAKER – Warden of the North 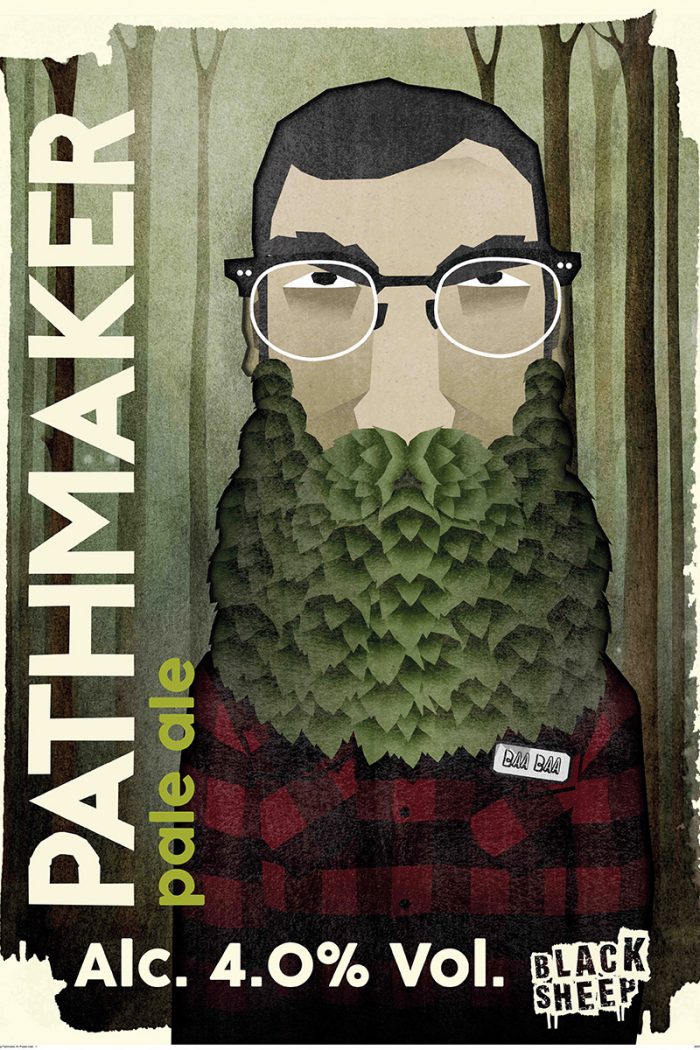 Our founder Paul Theakston is being honoured with a stunning new ale crafted in tribute to his pioneering spirit.

Pathmaker, is our latest beer to be brewed and is the first keg beer of a new era of creativity here at Black Sheep.

Paul, who is still our Chairman, and in our eyes is warden of all things beer, founded the Brewery in 1992, fighting back against what he saw as a deluge of bland beer from mass corporations. The result was the creation of one of Britain’s favourite breweries and more than 100 jobs in the town of Masham.

Pathmaker will reach out to a wider drinking audience and tell the Black Sheep story in a modern and creative way. The beer is aimed at pubs and bars offering new and different beer brands to increasingly curious beer enthusiasts.

With its eye-catching hand drawn branding, Pathmaker is a 5% ABV pale ale, brewed with Chinook hops, with an adventurous malty mouth feel and a moreish, crisp bitter finish.

“Oh Pathmaker, Warden of the North, Guardian of hop and barley and seeker of new adventure. He, with knowing glint in his eye, sizing up the the future, was full to the brim with brewing desire and early daring. So he dreamt a new dream and took the path not yet travelled.”

Jo Theakston, Black Sheep Brewery’s Sales and Marketing Director, said: “The beer market is changing and so is the growing audience of young drinkers looking for something new. When my Dad, Paul, embarked on his own adventure by setting up the Black Sheep Brewery in 1992, he did so to become independent and combat bland beer. Pathmaker is inspired by him and we are innovating in that spirit.

“Pathmaker will help us reach out and tell my Dad’s story and that of Black Sheep to drinkers who may be getting into beer for the first time. If you look around the market, new beers are being launched almost daily but we have a history we are proud of and want to re-tell our pioneering tale and connect with new drinkers.”