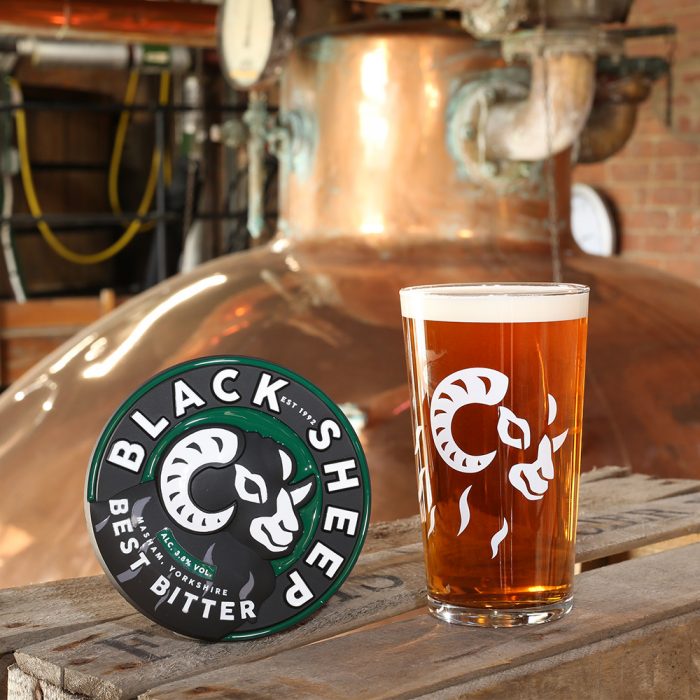 Another year ticks by and the beer market moves on apace, constantly evolving and adapting, with new styles flooding the market seemingly every week.

Here at Black Sheep we’ve not stood still and have been evolving things too. In the last couple of years our brewing team have been producing a stream of fantastic new beers in both traditional and modern styles, not forgetting the launch of our first lager, 54° North, last year.

Amongst all the new stuff, our thoughts turned to our original beers, our more established and well loved brands. It’s been a few years since we redesigned the imagery of Best Bitter and before that it had been nearly 15 years since we reviewed the appearance of our flagship beer. The branding has always stood up and weathered well, always getting great stand out, with simplicity being the key – less is more!

The beer itself we see as a classic of its type and that’s hugely important to us. Indeed, given the fact that we brew ours using the original Yorkshire Square fermenting method which helps give that characteristic rasping, fresh dry Yorkshire finish, it is something of a blueprint for all others. It’s a British style to be guarded, sustained and celebrated – perfectly balanced, perfectly sessionable and moreish. But there is no doubt that it has drifted somewhat in the fashion stakes with the influx and growth of craft and American Hop influences.

So, we wanted to freshen it up but not tear it up, aware that as a style it needs to be re-presented to a younger audience in order to stay relevant, but not forgotten! We could have followed the fashion and dropped the name, changed the name, or called it an Amber Ale like all the others. But we are Black Sheep and the most Black Sheep thing to do in this instance is to stick to its roots, stick to its quality, to champion the Best Bitter style and introduce new drinkers to one of the best session beer styles this country has to offer.

So next time you’re at the pub, support and champion a classic English style and enjoy a proper pint of Yorkshire…order a Black Sheep Best Bitter.

The new clip will launch in trade from Monday 3rd September.