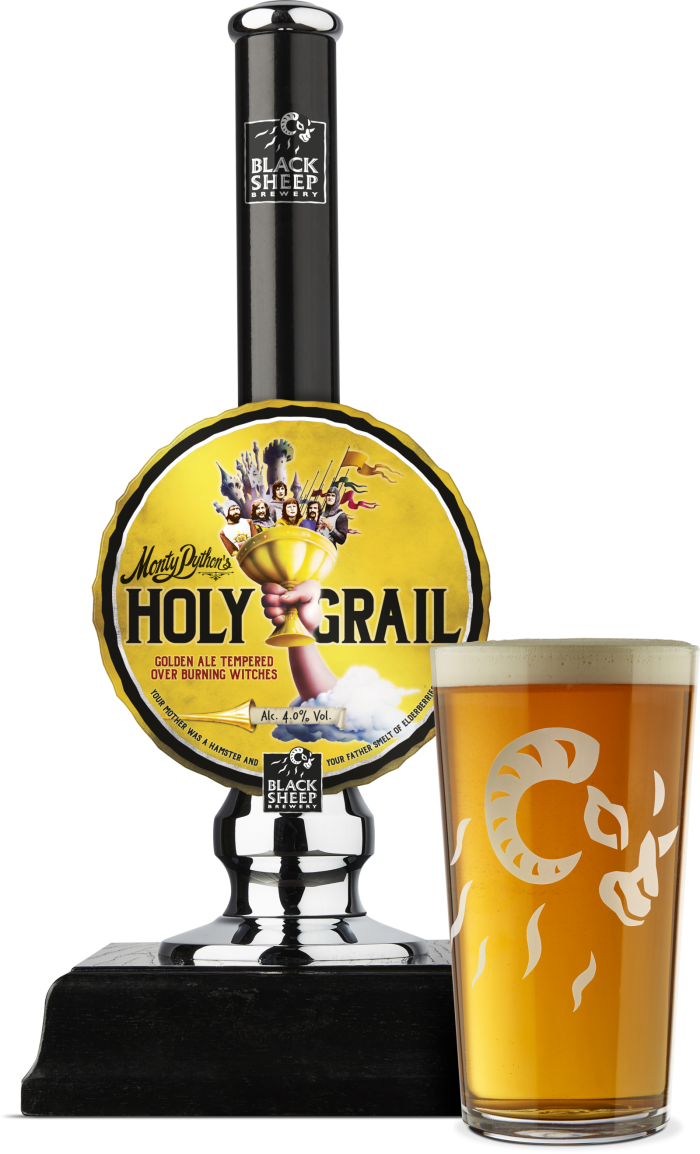 The quest is over. It’s undeniable that British humour and great beer go well together, so the flock here at the Brewery and the team at Monty Python joined forces to launch the Holy Grail.

Famously “tempered over burning witches”, Holy Grail was originally created to commemorate the 30th anniversary of Monty Python, and is a much-loved part of our bottled beer collection. Some 19 years on, The beer has been given a new lease of life with the recent reunion and the subsequent Spamalot tour.

Monty Python’s Holy Grail is a light golden beer with a fresh, zesty taste and a long crisp bitter finish. It’s brewed with a mixture of hops, including WGV, which gives the beer a light fruity nose. It’s a real tongue pleaser.

“Your mother was a hamster and your father smells of elderberries!”