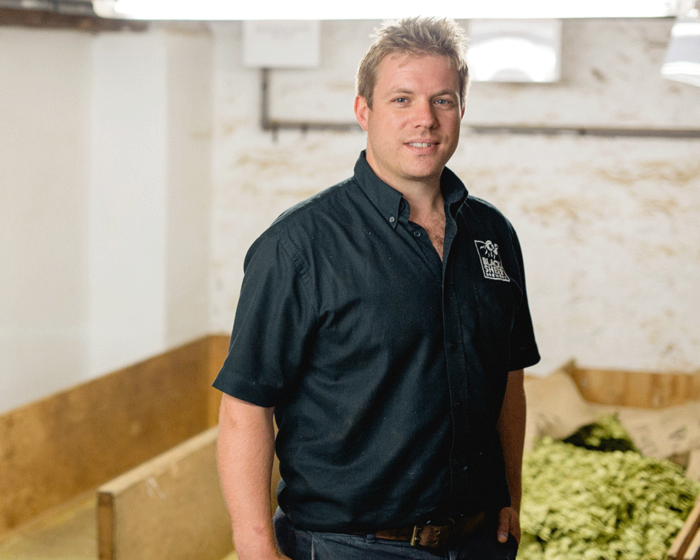 We are pleased to announce the appointment of Dan Scott Paul as our new Head Brewer.

Dan, who first joined Black Sheep in 1998, has held the role of Interim Head Brewer since January, and has now been appointed on a permanent basis to lead the brewing team and drive innovation here in Masham.

He has enjoyed a successful 19-year career with Black Sheep, spanning a number of positions starting as a 16-year-old on the cask racking line, which he did alongside his studies at Agricultural College.

Returning in 2002 as Brewing/Process Operator, Dan progressed to QA Brewer then Second Brewer, before he was given the role of Interim Head Brewer earlier this year.  His experience with Black Sheep gives Dan extensive knowledge of the specialist brewing techniques required to brew our core range of beers as well as our creative and diverse portfolio.

Dan, who obtained his IBD Diploma in Brewing in 2013, and is currently in his final year of a five-year Master Brewers course, said: “I feel very privileged to have been appointed Head Brewer at Black Sheep.

“As a 16-year-old working on the racking line I wouldn’t have dreamed that one day I would achieve this position, and I want to thank the whole team at the brewery for the support I have had throughout my time here.  I am fortunate to have gained a lot of experience with previous Head Brewers, and look forward to taking up the mantle to drive innovation and creative brewing with the support of our amazing production team.”

Rob Theakston, Managing Director here at Black Sheep Brewery said “We’re really excited for Dan to be leading the brewing team. He has been part of the Black Sheep family for almost two decades, and perfectly represents our values, traditions and forward thinking approach.

“His knowledge and expertise will allow us to continue to drive innovation and fresh thinking, which is epitomised by our 5 Barrel Project, an initiative led by Dan to create a range of new wave beers that have no constraints on style or ingredients.

“Dan has also been instrumental in the development of a number of award-winning beers in his tenure at Black Sheep, so we’re excited to see him continue to push brewing boundaries and create exciting brews.

Alongside his unique style and approach to our iconic brew kit, he will, of course, maintain our core brands and ensuring they continue to be consistent and of the highest quality.”

We’re dead excited to see what Dan brings to the table as Head Brewer and can’t wait to see more of his tasty brews being introduced to our international market. Best of luck Dan!