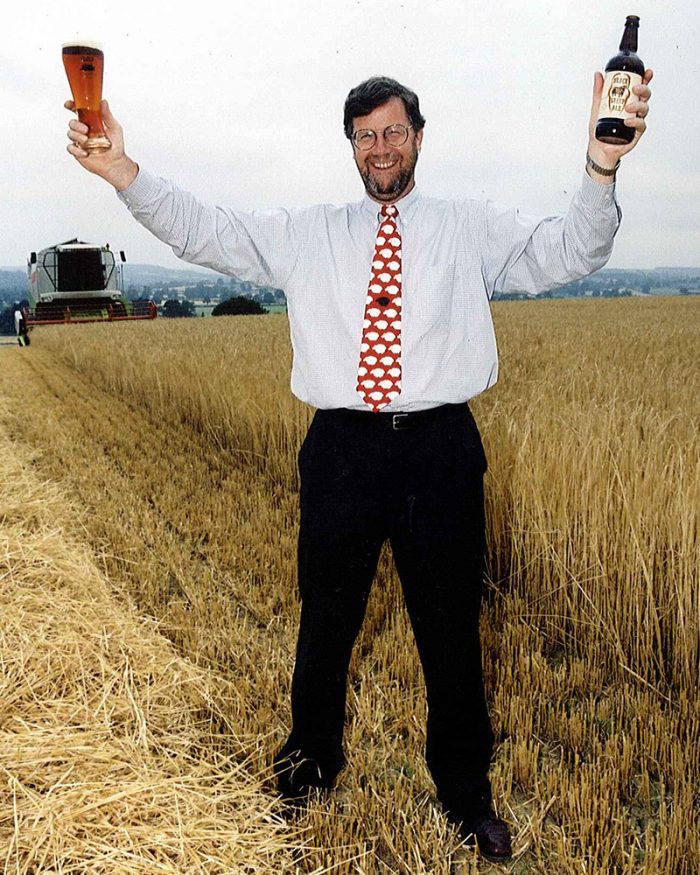 We are pleased to announce that Black Sheep’s founder and chairman, Paul Theakston was presented with an Outstanding Achievement Award at this year’s Flavours of Herriot food awards! The award (presented by Ian Ashton of the Herriot Attractions Group) celebrates Paul’s commitment to the Brewery, and his part in raising the profile of Yorkshire. The Flavours of Herriot Food Awards are designed to recognise the contribution of cafes, restaurants and food producers across the district. Paul, who established Black Sheep in 1992, said  “I am thrilled to be given this award. Brewing has been at the heart of my family for generations and I am honoured to be presented with an award for doing something I love. “The brewery is in its 20th year and it has achieved great success. Black Sheep has developed into one of the most iconic Yorkshire brands and our beers are recognised nationwide. My son, Rob Theakston, has taken the role of Managing Director and I am looking forward to supporting him to achieve another successful 20 years at the Brewery.”