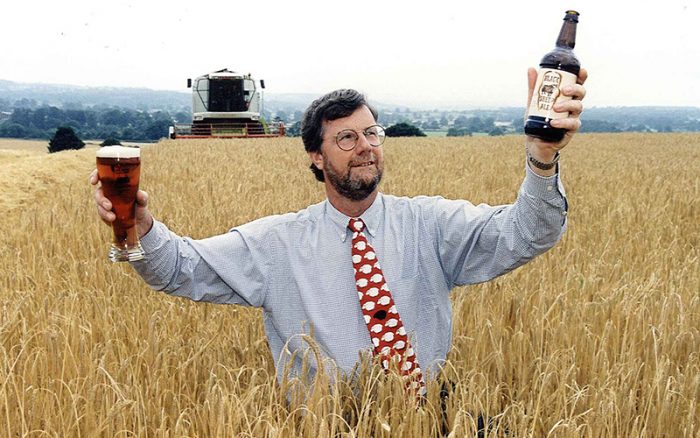 We’re over the moon that our very own Paul Theakston received a Lifetime Achievement Award for his dedication to brewing! In a ceremony attended by the chairman of the All Party Parliamentary Beer Group, Andrew Griffiths MP, Paul’s passion for brewing was described as “a story of true Yorkshire grit and determination.”Paul joined his family brewery in 1964 and after a struggle it was finally sold in 1988. In the 1990’s he decided to create his own traditional brewery in Masham – Black Sheep Brewery! An old maltings building was acquired, traditional Yorkshire square fermenting vessels sourced and our brewery produced its first beer in 1992. The day to day running of the brewery has recently been handed over to his sons, Rob and Jo, but Paul is still heavily involved as chairman of the brewery.  He has also found time to lobby against unfair taxes on beer and support British brewing wherever he can. After receiving the award, Paul said  “It was a huge honour, as well as a great shock, to be presented with this award. I’d  gone along to the event to put the case for Yorkshire brewing and pubs to any MP or Peer who cared to listen, and was utterly astonished to find myself at the centre of attention! The accolades shouldn’t be for me alone. I have had tremendous support all the way through. I’d like to thanks all those who showed faith in the idea at the beginning, who trusted me to turn the idea into a reality and who have supported the venture along the way.”