WE’RE ‘TRAVELLING BACK IN TIME’ WITH THE NEWEST MEMBER OF OUR FLOCK! 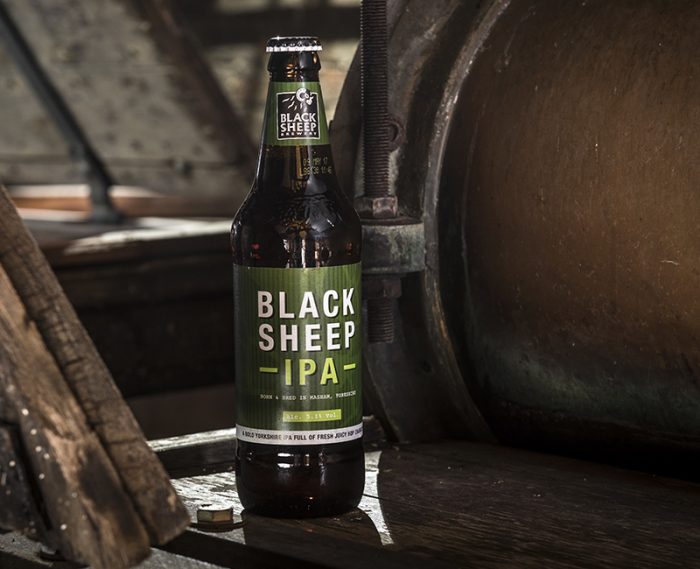 We’ve paid tribute to South Asia and the storied past of India Pale Ale (IPA) with the launch of a bold new Yorkshire beer.

‘Black Sheep IPA’ has been brewed in homage to the original, highly-hopped IPAs that were exported to British troops stationed in British India, as it was previously known, more than 200 years ago.

Black Sheep IPA can be found exclusively in Tesco stores for a three-month period from the beginning of June, as well as from the ‘Sheepy Shop’ at Black Sheep Brewery, in Masham, North Yorkshire, and online from our website.

The launch of Black Sheep IPA follows on from the successful rebrands of our best-selling bottled ales – Black Sheep Ale and Golden Sheep Ale. You will notice that it features a similar labelling set.

Jo Theakston, Sales and Marketing Director at Black Sheep Brewery, said: “Black Sheep IPA is an exciting Yorkshire beer with plenty of juicy hop appeal, reminiscent of the highly hopped IPAs that were exported to India over two centuries ago.

“It is another exciting addition to our growing flock of bottled ales and example of more quality innovation from our brewing team. We are hopeful Black Sheep IPA will join Black Sheep Ale, Golden Sheep Ale and Riggwelter and develop into another of our flagship bottled beer brands.”