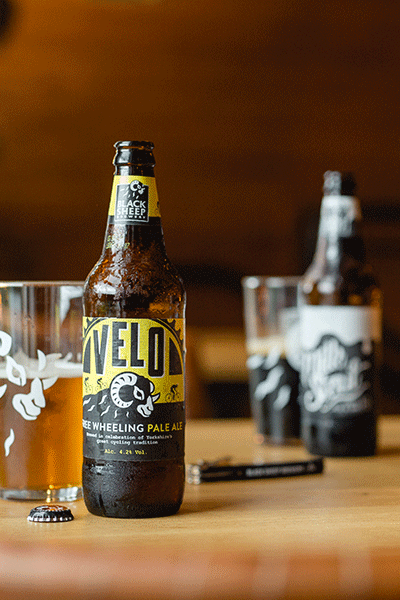 It’s been yet another mega week for us here at the brewery as our brewing team have been picking up even more accolades after our success in early spring with Milk Stout and 54° North.

On Tuesday, our Head Brewer, Phil Douglas and Second Brewer, Dan Scott Paul headed to London for the International Brewing Awards to collect our Gold Medal for Milk Stout which won top honours in the ‘International Dark Beer’ category (3.8% – 4.7%) in March. We were absolutely delighted to learn when we arrived, that Milk Stout was announced as the overall champion in the Dark Beer category which included some of the world’s most celebrated breweries. This was an amazing feat from our brewing team so hats off to them for producing such a superb stout!

Then, on Friday 3rd May, the SIBA North East awards were announced where we picked up eight awards across both Black Sheep and York Brewery brands, including 5 golds and 3 silvers! These were as follows:

I’m sure you’ll agree that is a pretty mega haul of awards so thanks to SIBA for the recognition and a huge well done to our brewers who put a huge amount of love and care into creating our beers.