AN ALL-ENGLISH ALE TO CELEBRATE THE RUGBY WORLD CUP 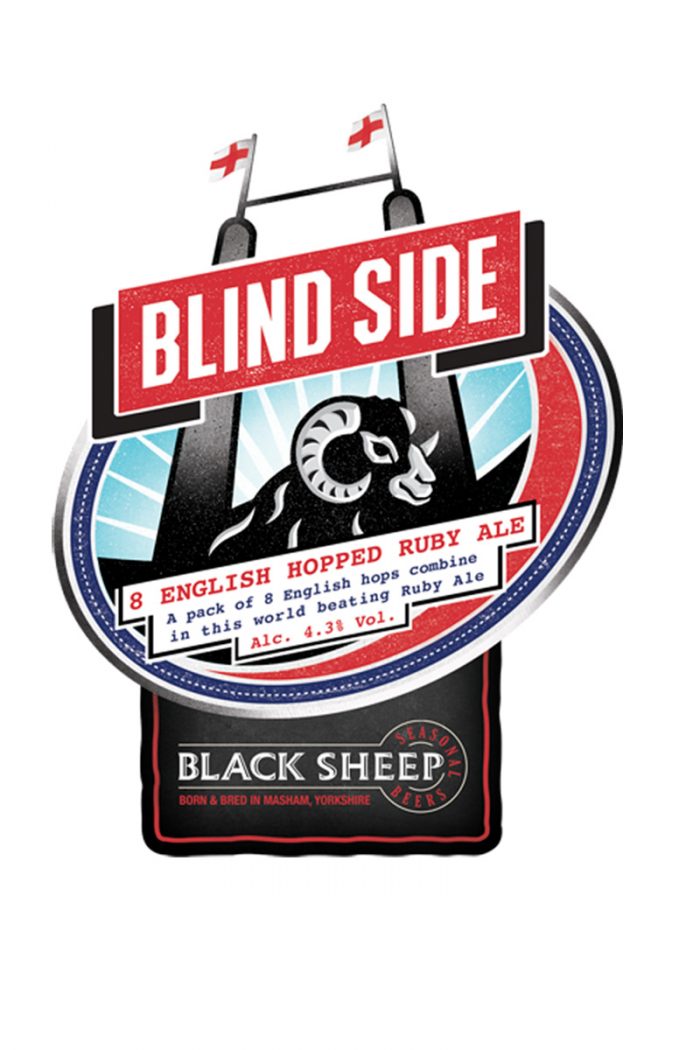 We are celebrating the arrival of the Rugby World Cup with a special seasonal ale that is sure to create a scrummage among beer and sport fans alike.

Blind Side, which has been created here at Black Sheep has been brewed with an all-English pack of eight hops varieties and will be available in pubs throughout the tournament, in September and October.

The 4.3% ruby cask ale is the latest in a string of hugely popular brand new beers to be developed in our microbrewery plant, which allows for greater experimentation and creativity from our talented brewing team.

Jo Theakston, Sales and Marketing Director at Black Sheep Brewery, said: “The Rugby World Cup coming to England and Wales is a once in a generation event, so we are all very excited at the prospect. We’ve got plenty of ex-rugby players at the brewery who were mad keen to brew a celebratory beer to mark the occasion.

“As well as appealing to rugby fans and beer lovers alike, we are hoping the full flavour of Blind Side will also score some conversions among drinkers who are looking to enter into the rugby spirit and try an ale for the first time.

“To reflect our support of the England team, we have used a special ‘pack’ of eight English hops varieties that help create a fantastic flavour and a world-beating ruby ale. We’re sure pubs that give it a try are onto a winner. Come on England!”